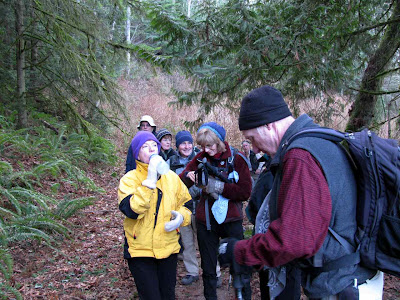 Today 12 Senior Trailblazers set out to hike up to the Madrone Crest in the Chuckanuts. The hike started out at the same place as last week's hike to Raptor Ridge, but we quickly got off last week's trail to head up the Salal Trail (I wondered about the name; was it named after Sal and Al?), and then we hiked to two places where we could look over the town of Bellingham and see Mt. Baker. 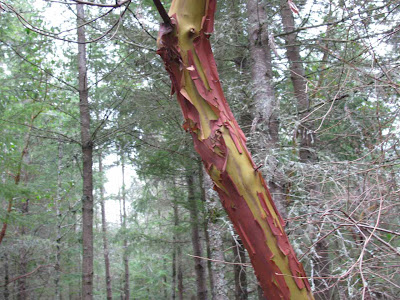 Madrone (or Madrona) is the name of a particular kind of tree that is rapidly become more scarce. I took this picture today and looked it up for information. Here's what Wikipedia has to say about it:


Although drought tolerant and relatively fast growing, the Pacific Madrone is currently declining throughout most of its range. One likely cause is fire control: under natural conditions, the madrone depends on intermittent naturally occurring fires to reduce the conifer overstory.

It is a broadleaf evergreen tree with rich orange-red bark that peels away on the mature wood, leaving a greenish, silvery appearance that has a satin sheen and smoothness. The exposed wood sometimes feels cool to the touch. In spring, it bears sprays of small bell-like flowers, and in autumn, red berries. The berries dry up and have hooked barbs that latch onto larger animals for migration.


To me, it's an odd looking tree. It doesn't look much like the other trees around it. Anyway, we found several of them on the Madrone viewpoint. We first hiked over to the Chuckanut Ridge to have a nice place for lunch, which incidentally lengthened the trip by a couple of miles.

It was very cold today, and when we started out the temperature was no more than 20 deg F (-7 C) and the day showed clouds for the first time in several days. The temperature inversion that has been in place for a week, causing the air quality to decrease, is beginning to break down, and snow is forecast in the near future, maybe as early as tomorrow. As you can imagine, we didn't spend lots of time sitting around basking in the nonexistent sun during our lunch break, so we ended up hiking up about 1,500 feet in elevation in a little more than 9 miles round trip. Another good day of exercise, with great friends. Here's the view of Mt. Baker from Madrone Crest: 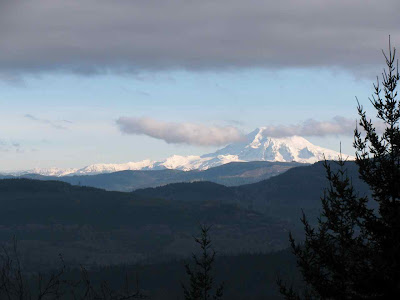 And oh yes, the moss! Look at these alien beings -- er, trees -- covered with burls covered with moss. I could hardly believe that these trees are still alive and standing, with all the stuff they have accumulated! I took this picture just for you. 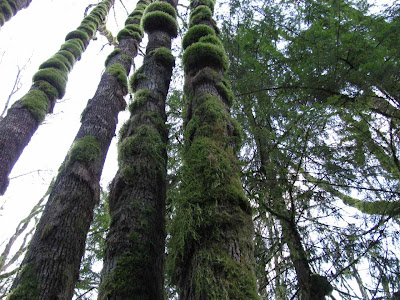