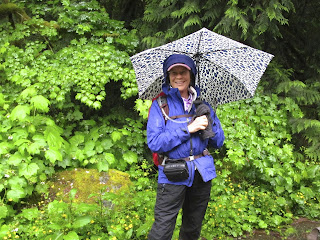 This is my first attempt at using the Pages widget that Blogger added. I'd like to give interested parties more information about who I am, and how I got here, meaning "here" in Blogland.

I used to be a secretary at the National Center for Atmospheric Research (NCAR) in Boulder, Colorado. Over the three decades I worked there, starting in 1979, I moved from being an "administrative assistant" (supposedly a step up from being a secretary, but in reality only the title had changed; there were NO male administrative assistants) to retiring as a "writer/editor." The true meaning of this change was not just cosmetic: I had an incredible amount of responsibility for the functioning of the group known as the "Environmental and Societal Impacts Group." The brainchild of one person, Mickey Glantz, ESIG had begun as a way to apply some of the scientific insights about climate change and climate variability to society's problems. During those thirty years, Mickey fought constantly for funding, since most of the scientists at NCAR felt that it should be a "hard" science institution and the application of the science should be left to universities and other "soft" organizations.

It was a very fertile ground for me, since I had a background in editing and loved to improve Mickey's papers and articles, and Mickey encouraged me to expand my horizons. As I learned more and more about things like El Niño/La Niña (the El Niño Southern Oscillation) cycle, natural versus anthropogenic climate variability, and the whole climate change world, Mickey and I created a Network Newsletter and an ENSO Signal newsletter and sent them to many interested scientists for more than two decades. As time went on, I ended up being the Managing Editor for both of them and eventually became indispensable to Mickey.

That brings me to what I did in my spare time. In 1990, I made a tandem skydive with a friend. It was so exhilarating that I ended up getting certified to jump on my own. At the age of 47, I was hooked on a young person's sport, but before I turned fifty, I was certified as an instructor and spent the next twelve years teaching more than a thousand students. Just jumping on the weekends and on vacations, I made as many as 400 jumps in a single year. Now, in 2017, I've retired from skydiving and made my last jump in February 2015. I met my life partner, whom I've called Smart Guy in this blog, through skydiving. We met in 1992, when both of us were 50, and we were married in 1994 (in freefall, of course).

Now I'm 77. I've written on my other blog, Eye on the Edge, about all these life events. I have had two children, neither of whom is living. The details of that information are also available on that blog.

In 2008, Smart Guy and I decided when I retired (he was already there) we would move from the middle of the United States to the West Coast. We finally settled on Bellingham, Washington, for several reasons: its proximity to Vancouver, BC (a lovely place); the Cascades are just a short distance away so we have mountains; and the interesting Bellingham Bay that gives us access to the Pacific Ocean.

I got started in blogging not long after moving here, and it's become quite a bit more time consuming that I would have guessed. I started these Pages to go a little deeper into the world of the blogosphere.