My brother-in-law Pete has been keeping pretty busy lately, even though he's only been given a few days left to live. Here you see him in a daily video chat with my sister Norma Jean (on the right), his son Peter (left), and his daughter Allison holding Lexie. He put this picture on his blog (he's the guy in the middle), where he's been busy writing posts as much as he possibly can before he's not able to continue any more. He is now tethered to his oxygen and can't get off it for more than a few minutes. And he's written two three posts since this one: "My Last Post... Or Not!" which explains his circumstances. (He's also over on my sidebar, "Out of My Multiple Minds.")

Ever since Norma Jean called me on Monday to tell me that Pete's pulmonary physician said there is nothing more to be done and signed him up for Hospice, Pete has decided he's going to try everything he can to hang on for as long as possible. Hospice workers were in their home yesterday and he's being given all the help he needs. The thing about pulmonary emphysema is that it isn't as easy to predict when it becomes terminal as it is with cancer, for example. So we are all hoping that the end is not as imminent as his physician predicted, which was "a matter of days or weeks."

When I call their home, it sounds like a party is going on. People are visiting, both through technology as well as physically. His local motorcycle group lined up fifty deep waiting for a chance to talk with Pete through video chat, which both touched him and, I suspect, tired him out. It gives him such a boost to know how much people really care about him. And I never miss a chance to remind him that I love him and want to help however I can. I do that for me as much as for him.

Pete married my sister almost fifty years ago now, so he's been a part of my life for half a century. He was my first husband Derald's best friend for years, and I think the death of Derald at 51 was as hard on Pete as anybody. I was fortunate to reconcile with Derald a few months before his sudden death, and that was at my son's instigation. Chris wouldn't let it go until his parents had a telephone conversation that lasted for hours, and many old hurts and recriminations were laid to rest at that time.

I just called to see how things are going at the home of the Florida Stewarts (Pete and Norma Jean), and they sound better than I expected. Yesterday Pete was able to get his oxygen levels up to almost normal, but today, not so much. They toyed with the thought of venturing out, but as Pete explained to me, he can no longer count on portable oxygen to do enough for him. They probably will not try it, but you just never know. There's so much I don't know about emphysema and its progression.

On another note, the Boulder Hot Sauce Company finally did return the charge of $5,892 for all that hot sauce I was fearful of receiving on my doorstep. My bank account numbers returned to normal, making my weekend much more peaceful. And I lost another pound through my calorie counting efforts. I do have some periods of being pretty hungry; I woke up in the middle of the night fantasizing about eating a big salad covered with creamy dressing. I don't think I actually did it, though.

The word "celebration" in the title is because of the wonderful fact that Pete is getting to know how much he is loved and cherished BEFORE he leaves us behind. If anything is worth celebrating, that certainly is. If I were given a chance to choose a "good bye," that would certainly factor high on my list. I hope you visit his blog and say hello. His more than a hundred posts are well written and show who he is and why we love him. And if you needed any other reasons, Pete sent me this funny image, and although I don't know where it originated, I hope it makes you laugh. 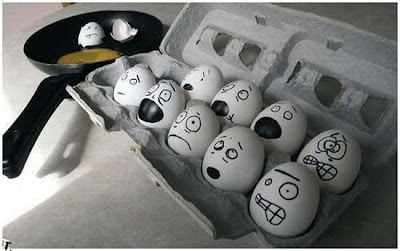