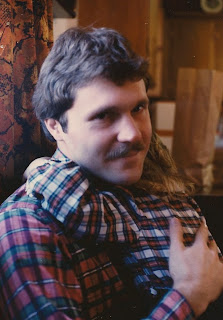 When my little brother Buz once asked me to help him get some "storeberries," I didn't actually hear what he said exactly, because down there in Texas, "strawberries" could sound a whole lot different than what I heard. But he explained, "you know, you get them in the store." Then I realized he had heard "storeberries" instead of "strawberries," which made a lot of sense to a rural kid who had never seen one growing naturally.

As a little girl my father tried to teach my sister and me to play chess, and we naturally thought those little parts that you move around a lot were called ponds. Pawns were never anything that kids under 12 would have heard about.

I love language, and as I grew older I also realized that a voracious reader needed to know a whole lot of words, and I enthusiastically sat around with my sister and read the dictionary for fun. When we came across a word that sounded funny or close to another one we already knew, we would play with it like some kids played with dolls. This made perfect sense to me as a good way to pass the time.

Now one of my favorite things is to get online on Saturday to read the New York Times Sunday Magazine, and the first thing I head for is William Safire's column "On Language." They even have a whole page dedicated to language, and his column is highlighted there. He picks some likely word and dissects it, telling why it is in the current lexicon, and how it morphed from one meaning to another. Very interesting!

To celebrate my brother's upcoming 50th birthday, I have reminisced about the good times we had growing up, but since he's 16 years younger than me, most of the memories I have were when I visited my family while living elsewhere. For a short time I lived with my parents during a particularly nasty divorce, and in an attempt to make a fresh start, I got a job in downtown Fort Worth and signed up for karate lessons with Buz and his friend Victor. We must have had a lot of fun, but I really don't remember much from that time except heartache.

But Buz, I wanted to give you something that might actually having meaning for a while, so I rummaged through my old pictures, and I have a LOT of them, before digital imaging became the norm, and I scanned a bunch and made a Flickr site to share. Now, if there are any in there you don't like, or want me to remove, you'll need to tell me, because I (of course) love them all, from over the years. I still love that little boy who wanted the storeberries, but I also really love my grownup, middle-aged, still filled with wonder little brother.
Posted by DJan at 7:17 AM