A ginger blast, that is. At Avellino's, my favorite coffee shop, they also offer homemade food, drinks of all sorts, and this wonderful little shot glass filled with a concoction of grated ginger (lots of it), honey, cayenne pepper, and lemon juice. When you order one, the staff all take one as well, and here we are getting ready to quaff our ginger blasts. It burns all the way down but feels really good, too. Some people order it in a cup with hot water and sip it, but I haven't tried that yet.

Thanks to keeping a blog for so long, I was able to look back to find out when I started doing the Five Tibetan Rites on a regular basis, and where I learned about them. I wrote about it on my other blog here, almost two years ago now. Since there's only one of me, I can't actually tell if they have made much difference in my health or youthful appearance (which is debatable), but I have noticed one curious thing that might be a side effect: I've had to stop taking my blood pressure medication because my BP kept going down. I've always had a BP monitor at home to keep track of it, because it's been very high since 2000. 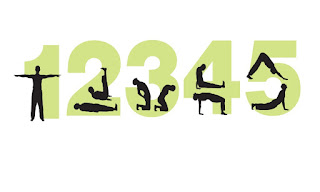 When I'd check in at the doctor's office, it was running around 90/60, so gradually I began to take less and less, first taking a pill every other day instead of daily, and then every third day. I've been off it completely for a couple of months now and monitor my BP at home. Yesterday it was 101/68, so I guess I won't take it any more unless it spikes for some reason. My doctor suggested the gradual decrease, but I'm skeptical about why it's gone down. I have weighed within the same five-pound range for several years now, so that's not the reason. Whatever, I'll take it. Less medication is always better.
When I laid down on my front porch yesterday to do the second rite, I happened to look up and see my beautiful geraniums highlighted by the sun with little puffy clouds behind, so I took this picture to remind myself, during the dark days of winter, that this is the flip side. Bliss!
:-)
Posted by DJan at 2:32 PM